Robbie was born on April 6, 2001 and from the day he was born, he had diarrhea.  When he got to be about 8 months of age, he started exhibiting signs of severe….VERY severe….pain when trying to defecate.  He would scream so loudly that my ears would be ringing and he would be wild-eyed with intense pain and fear.

Needless to say, I was desperate to help him.

At the time, I was more focused on equine work so I took him to several colleagues whose specialty was cats and dogs but nobody could help.  What I got from them was an endless list of unhealthy “prescription” diets that were worthless.

After months of watching Robbie suffer, I took him to a board certified surgeon and told her that “if this was a horse, I would be thinking about an intestinal obstruction.  I think we should do a barium study on him.”

Unfortunately, my colleague did not agree – she still felt that it was a medical, not a surgical issue – and I let her talk me out of it.  To this day, I kick myself for not sticking to my guns and forcing the issue. The bottom line is that he was obviously in severe, intermittent, pain and was having problems defecating.  This was NOT a medical problem – this was a surgical problem!

When Robbie was 1.5 years of age, I took him to yet another colleague who also stated that he thought it was a medical condition, not a surgical one but I demanded that a barium study be done.

Note the stricture in the Robbie’s colon.  It was very clearly the source of Robbie’s excruciating pain.  When feces backed up in front of the stricture it would trigger intestinal pain receptors.

The colon was removed the day after this barium study was done, alleviating the cause of Robbie’s pain. 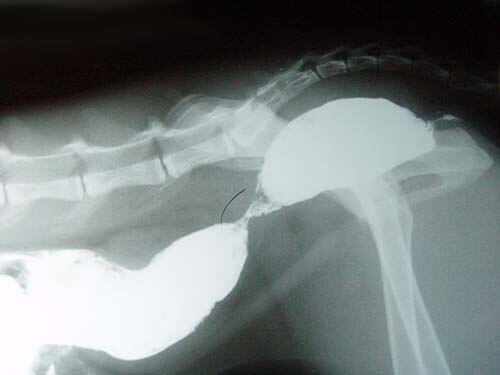 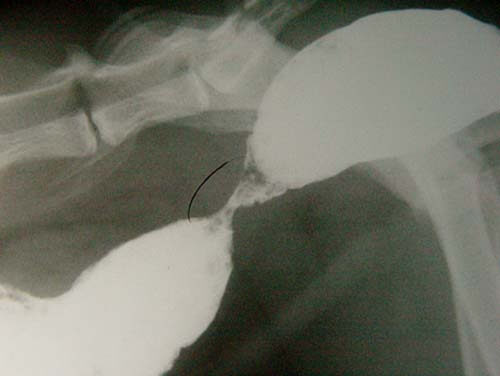 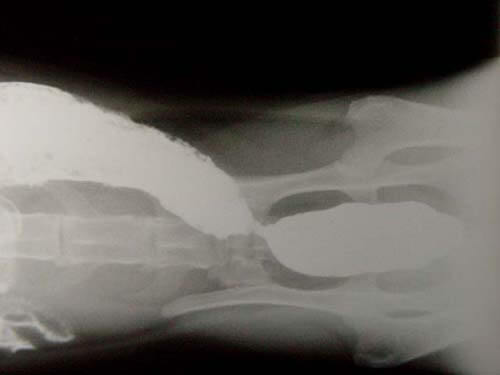 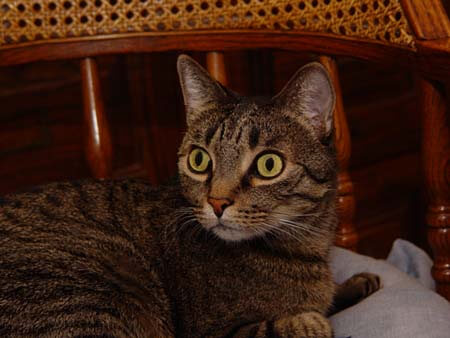 Information on this site is for general informational purposes only and is provided without warranty or guarantee of any kind. This site is not intended to replace professional advice from your own veterinarian and nothing on this site is intended as a medical diagnosis or treatment. Any questions about your animal's health should be directed to your veterinarian. Some external links may contain affiliate codes.